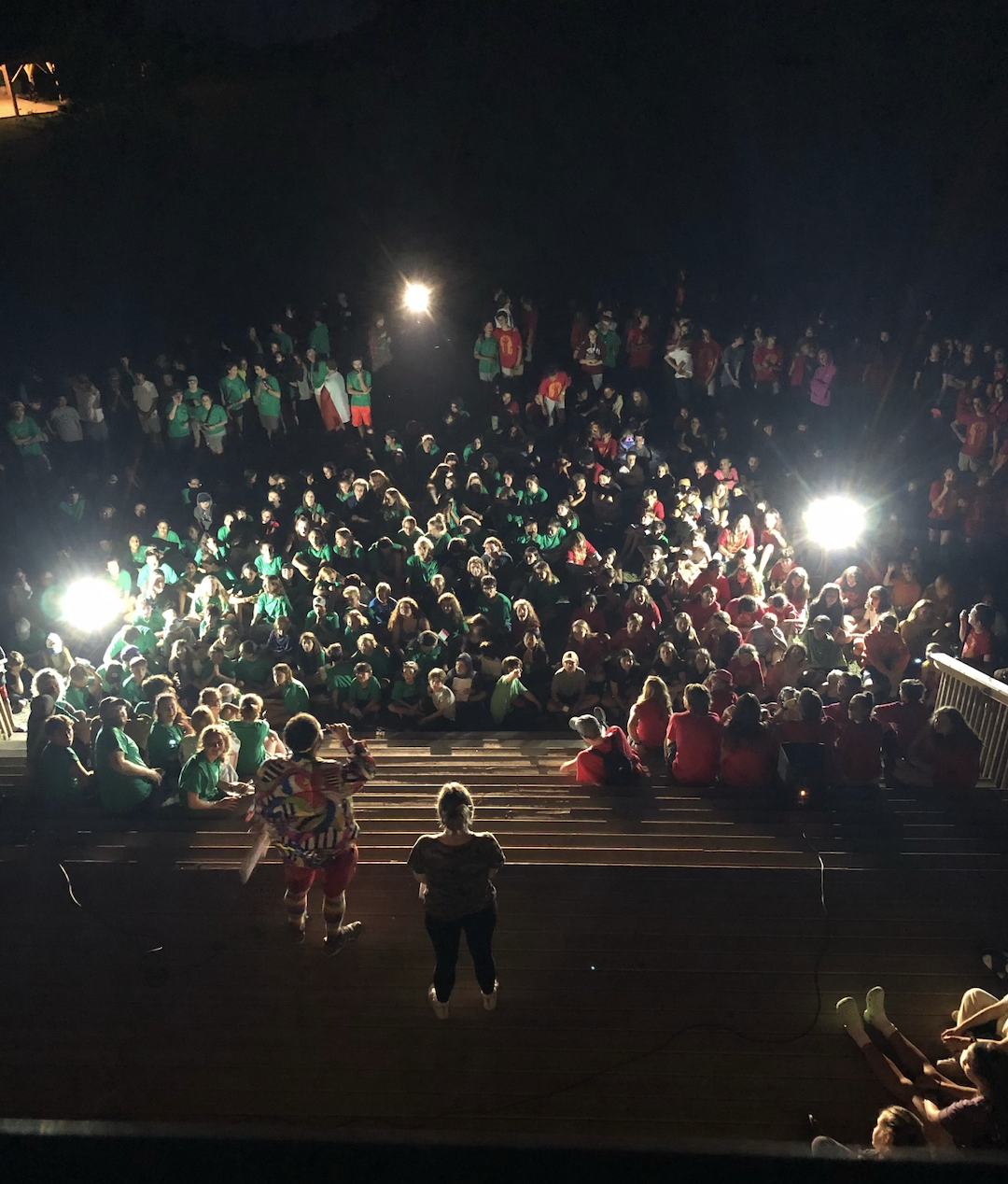 It’s another gorgeous Manitou day, and I have a feeling it’s going to be a fantastic packout day! But before I get to that, let me tell you about the end of World Games!

Yesterday morning was the Manitou Relay, a relay where every single camper and staff from both teams participate and try to get a big win for their team. Each relay event is a wacky take on a game or sport, and I love running around camp with the kids and seeing how much fun they’re having. It always ends in an intense rope burn competition, with plenty of cheering from both sides, and this year Italy took the win! After all the cheering of the relay, we all headed into Monk Lunch, a meal where everyone has to be completely silent. If a team is caught talking they may risk the points, so everyone was at their quietest! Even in silence, our teams got creative, and we saw Team Egypt presenting the Ten Plagues, and Team Italy doing a reenactment of Pompeii.

After Monk lunch, the teams competed in the Eliminator, a sock war game done by Units– one more epic battle and final push towards victory! And then finally, we got to see the Closing Ceremonies from each team, where the story lines we had been following concluded, and we got to hear a World Games favourite: the closing songs. Both songs were fantastic this year and I know we’ll be singing them for years to come. It was a very tight finish, but in the end Team Egypt were victorious and became our 2021 World Games champions!

Off to pack-out and clean my cabin now. I’ll tell you all about our final camp day tomorrow!