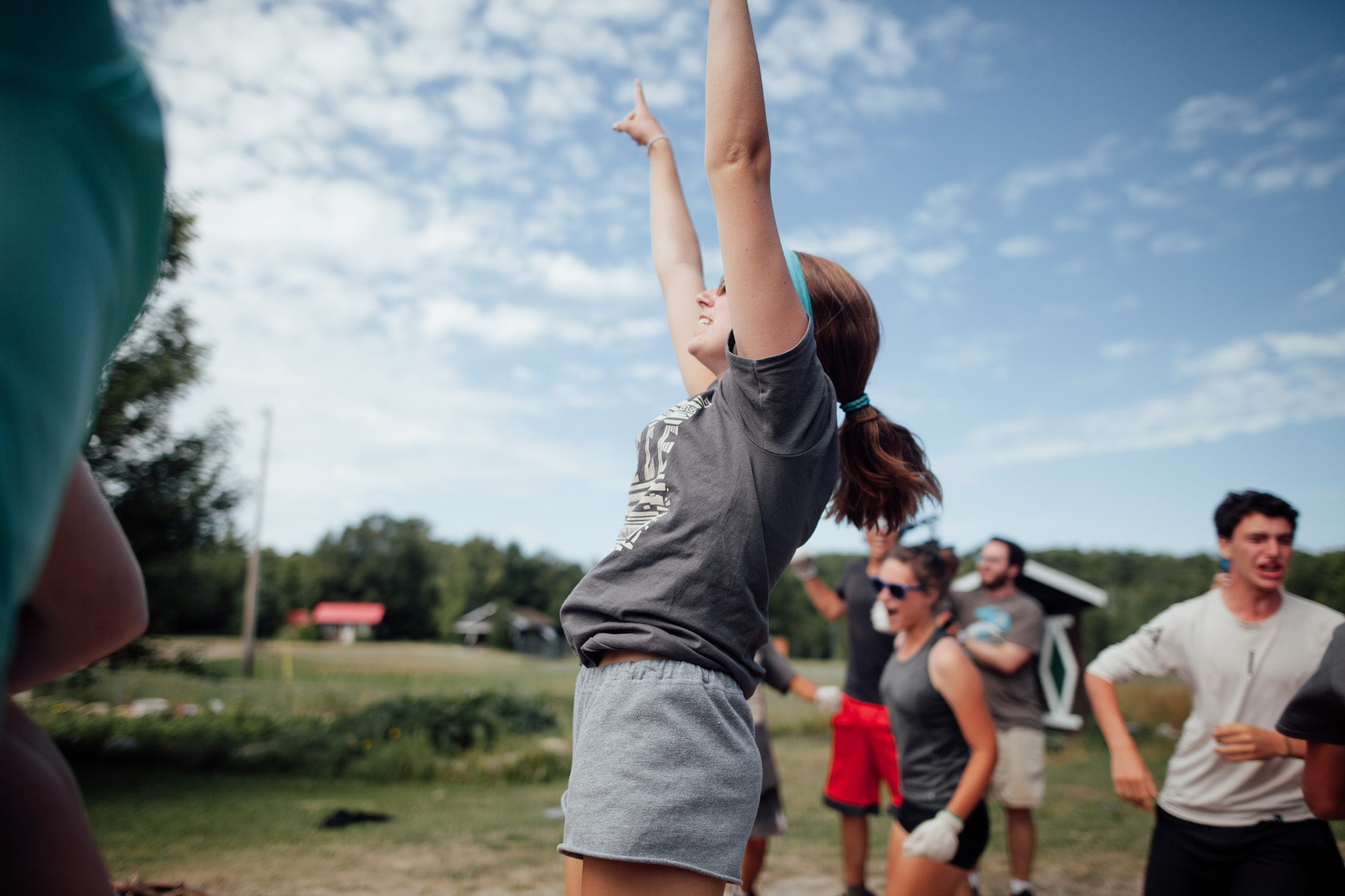 It’s another gorgeous Manitou day, and I have a feeling it’s going to be a fantastic final day of World Games 2019! Yesterday’s events made the competition even tighter, and I think it’s going to come down to one final push for both teams!

Yesterday, we had an incredibly close Marathon where every camper and staff ran or walked for their team, and then we went into a charged Spirit Lunch, where campers had painted themselves fully in their team colour, and were cheering at the top of their lungs. We had a World Games favourite after lunch, Staff Hockey, and then following the afternoon Activity Blocks, we went over to Brazil for their team dinner. They kindly invited us into their Carnival (with a full functioning zipline!) where we could play human foosball, see the Amazon wildlife, and even enter through a giant toucan! Both team dinners were incredible this year, and I am in awe of the creativity of our Manitou family! We ended off last night with our annual World Games Cabaret, where each team performed an original song, a dance, painted a mural in four minutes live, showed us a video, and played past World Games trivia. It was a jam-packed night filled with lots of talent, and we got to learn about each culture a little more, too! But enough about yesterday…here’s what we have going on today!

This morning was the Manitou Medley, a relay where every single camper and staff from both teams participate and try to get a big win for their team. Each relay event is a wacky take on a game or sport, and I love running around camp with the kids and seeing how much fun they’re having. It always ends in an intense rope burn competition, with plenty of cheering from both sides, and this year Greece took the win! After all the cheering of the relay, and from yesterday’s Spirit Lunch, we all headed into Monk Lunch, a meal where everyone has to be completely silent. If a team is caught talking they may risk the points, so everyone was at their quietest!

After Monk lunch, the teams competed in the Eliminator, a sock war game done by Units– one more epic battle and final push towards victory! And then finally, we will see the Closing Ceremonies from each team, where the story lines we have been following will conclude, and we will get to hear a World Games favourite: the closing songs. I anticipate a very tight finish, so keep your eyes on Manitou’s social media to find our the winner later tonight!

Off to follow the relay now! Until next time…