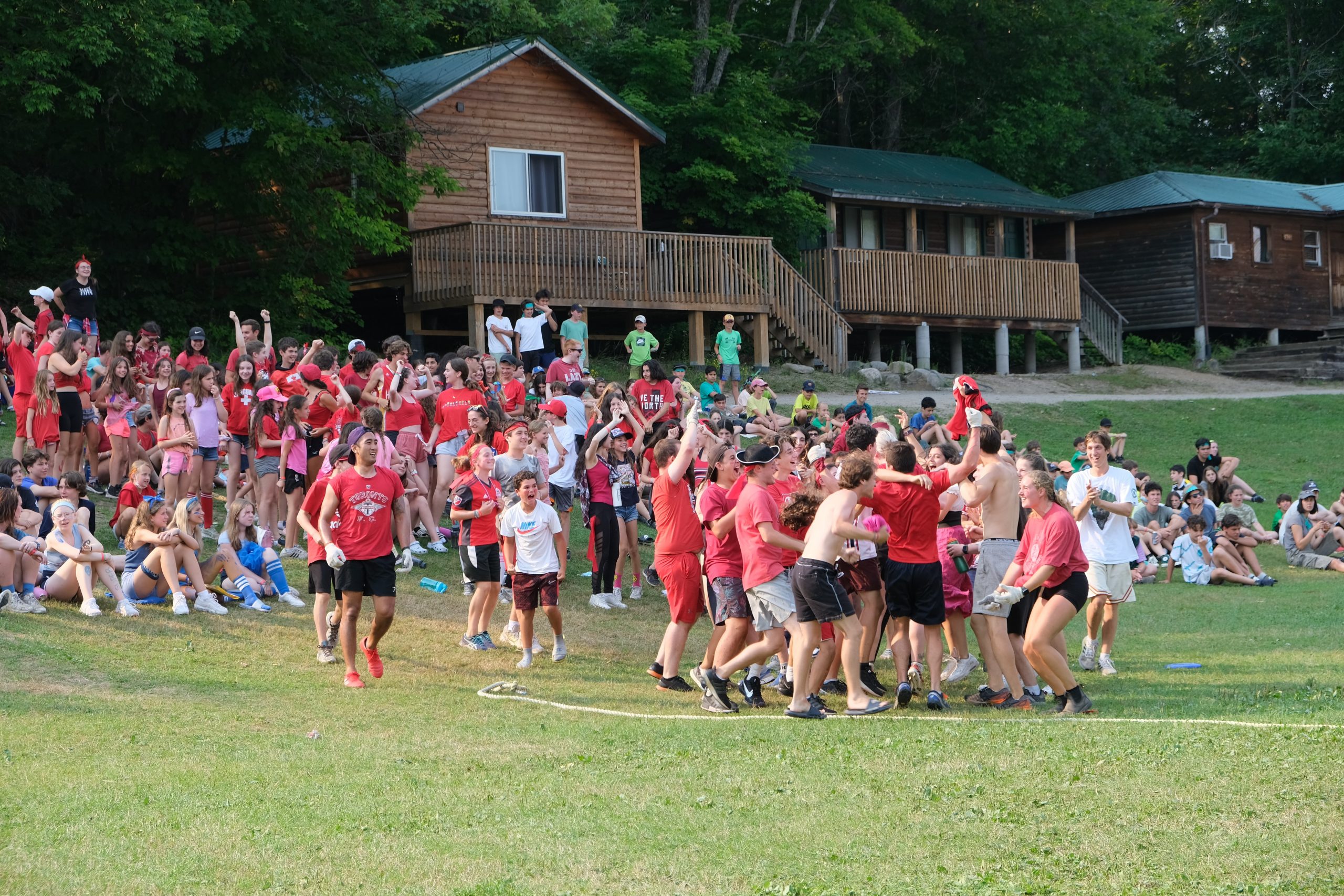 WOWZA! We’re almost at the end of First Session and I just can’t believe it! We’ve all been having a blast up here, so I guess time really does fly!

Sunday night we had our Dance Show and then our final Theatre show of the session. The Dance Show was incredible, with campers from every age group doing all sorts of styles! We saw performances from their Air Bands, modern dance, and just some fun routines to all of our favourite summer tunes. I wish I was up there dancing with them, but I’m glad we left it to the experts.

After the Dance Show, the Seniors and CITs performed The Drowsy Chaperone, a comedy poking fun at old musicals. It was hilarious, and I was so impressed by the talent from our older campers…they’re all triple threats with their singing, acting, and dancing skills! I know all of you readers will be watching it after the summer when the video goes up, and I’m positive you’ll be just as impressed!

And then after the show, we were told it was the start of Manitou Games! For my new readers or those who don’t know, Manitou Games is our end of First Session colour war, where four teams based around a theme compete to win. This year, as we found out, the theme is Villains! Each team of Villains is trying to prove they can be just as helpful as the Heroes, and whatever team wins will save the camp! This year the teams are Witches and Wizards, Supervillains, Mad Scientists, and Pirates!

Yesterday, they all competed in sports, arts, and skill-based competitions, plus they all cheered their hearts out for their team. The day started with a sports rotation, where teams competed in basketball, volleyball, soccer, and ultimate frisbee. After an intense morning of sports, we all went to Spirit Lunch! Each team had spent the morning decorating the section where they eat and now they could show off what it looked like. I’m always impressed with the way our Dining Hall and Tents are transformed into different places and this year was no different! After eating, we had a four-way cheer off, and I can tell you each team was loud and spirited, and everyone wanted their team to win! After a packed morning, it was off to a busy afternoon. All four teams competed in Backdraft, which is a competition where each team builds a fire, and you want to be the last fire standing. Other teams will try to reach you and put your fire out, and you also want to put other teams fires out. It was very intense but very fun and exciting to watch! After Backdraft had finished, we were off to the annual Four Way Tug of War. We had a Junior, Senior, CIT competition, and then a Staff competition. Both matches were in gridlocks for awhile, but eventually Supervillains and Pirates were able to pull through.

The last part of the day ends with some of the most exciting parts: the presentations of each team’s song, dance, and plaque. Each team designed a beautiful plaque fitting their team that will hang in the Dining Hall for years to come. Then we got to see each team’s amazing group of dancers do a routine in the theme of their team. The creativity was outstanding and I can’t believe they were only made and rehearsed in a day! Finally, each team presented their song…another incredible feat of imagination and also made in a day. You could tell how passionate everyone was about their team with the way they all sang their hearts out.

After our final presentations, it was time to reveal the winner. We all gathered around a large fire, and were told that the flag getting burned was the winner. It was a tense few minutes while it was debated which flag would go in, but eventually the Supervillains flag went in the fire and they were declared the winners of Manitou Games 2021.

It was a thrilling day of competition, spirit, and sportsmanship, and I know that everyone had fun, whether they won or lost.

Tonight we have our First Session Banquet and then our Awards, but I’ll be sure to tell you all about that tomorrow!