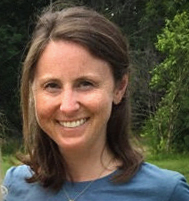 Originally from St. Albert, Alberta, Jen now lives in Toronto where she works full-time in Manitou office.  She is a graduate of the University of Guelph with a degree in Economics and Mathematics.  During the year Jen trains as a marathon runner, has worked as a Math Tutor, volunteers with the Ontario Camps Association and was presented with the OCA’s Ron & Mickey Johnstone Youth Leadership Award in 2011. She is a fellow on the Society of Camp Directors.  She also spent a year working as a Residence Advisor while at school.  Jen has worked at Manitou as an Activity Head and Unit Head and is currently the Administrative Director focusing on office and business administration. Jen also coordinates our Manitou Cares year-round programming and manages the charitable arm, the Manitoucamp Foundation. In 2001, Jen was named World Games Captain of Team Congo. If you have any concern at all, just call Jen! This will be Jen’s 21st summer.