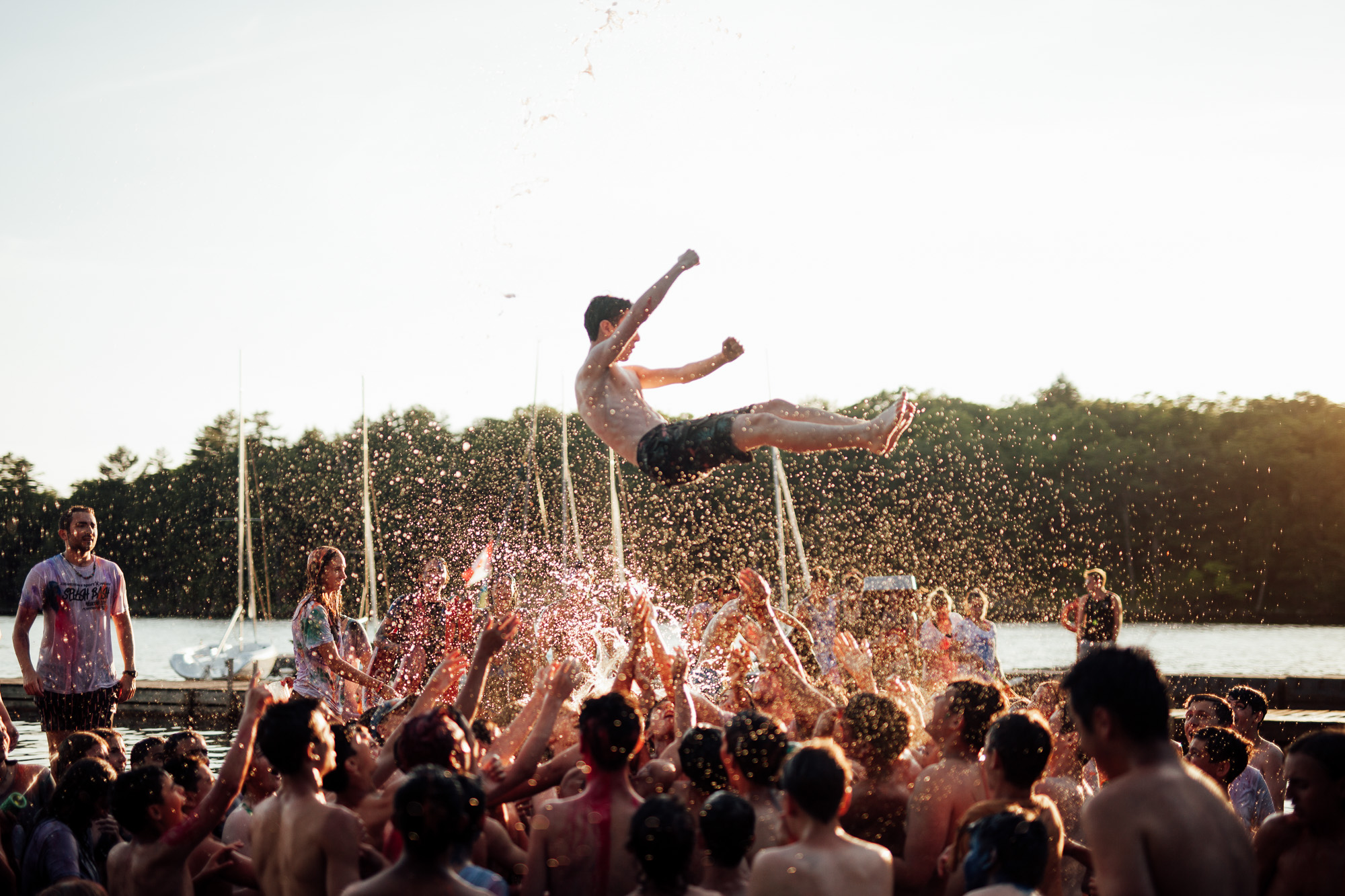 WOOT WOOT! It’s another sunny day today, and it’s sure to be an exciting one! After our big Carnival yesterday, our Units had their regular Evening Programs, and I went to go check out some of them. Our Senior Unit had Splash Bash, a fun–and messy–activity that is basically one big paint water fight…but it’s all in good fun! And at the end, I’m sure some people had some awesome colourful shirts that they’ll keep forever. After I was done Splash Bashing, I went over to the Theatre to see what the C.I.T.s were up to. Usually our C.I.T.s would be with their cabins for E.P., but last night they had a very special night instead…it was their annual Salsa Night! Every year, as far back as I can remember, the C.I.T.s have learned to Salsa Dance and then competed to see who was the best pair. It’s a great night for bonding, and since the pairs are all mixed up, it’s nice for everyone to get to know each other a little better. Some of those C.I.T.s had fantastic dance moves…I wish I could dance like that! After all the fun of Carnival and Evening Programs, it was off to bed to rest up for another Manitou day.

Today is a beautiful day for activities, and there are kids outside everywhere smiling and having fun! I’ve been walking around because there are some very special programs happening at activities today, and I wanted to see what everyone was up to. Over at Martial Arts there is a Taekwondo competition where campers (and staff) signed up to compete in “fights,” and at the end there will be an ultimate champion. It’s all for fun of course, and I just saw some of the epic battles outside, all run by our Head of Martial Arts, Ivette! I then wandered over to Radio/Newspaper for their special Radio Gaga day. They’re over at the Gaga Court today to play the music of Queen and Lady Gaga and to play actual Gaga. For those of you who don’t know, Gaga is a game where players are in an octagon shaped court, and they have to hit a ball around using only their hands. If it touches their legs or feet, they get eliminated until the next game. The Radio campers–and campers around camp–love to play, and it’s even more awesome that they have a soundtrack to accompany them today! Plus, Yoga and Creative Arts are doing a Zen and Mandala day, where they will have a relaxing meditation day, and the Creative Arts campers will be drawing Mandalas. It sounds like an exciting day for a bunch of activities!

But that’s not all for today! Tonight, we have our first play of the 2019 Manitou Theatre season: Mary Poppins! Put on by our Freshkid and Sophomore campers, and directed by Theatre Specialist Miranda Wiseman, it’s going to be Supercalifragilisticexpialidocious and I can’t wait to see it and tell you all about it!

And because it’s Wednesday, we have an edition of The Mosquito–the camp newspaper–to share with you all! Our campers have been hard at working writing articles, reporting, and drawing comics and puzzles, and I thought some of you readers may want to see it as well. Click here to read the latest edition: Mosquito 2 2019 !

Our Radio/Newspaper campers and staff have also released the first ever Manitou podcast! We apologize for the sound–we are up in the woods after all!–but look out for a clearer episode next time. For now, take a listen here:

Well, off to the Rec Room to get some supplies and see my good friend Matt Wilson!